Say the words “cable TV ” and folks have an immediate reaction. I’ll go on record to say that I’m not a fan of cable TV, or more accurately, the packages offered through cable. We never watched half of what was offered and were forever flipping through the useless channels to find something to watch. Awful.

Garry likes his sports channels; I am a Netflix gal. So why in the world would we pay close to $100 for so much of what we don’t/wouldn’t watch? 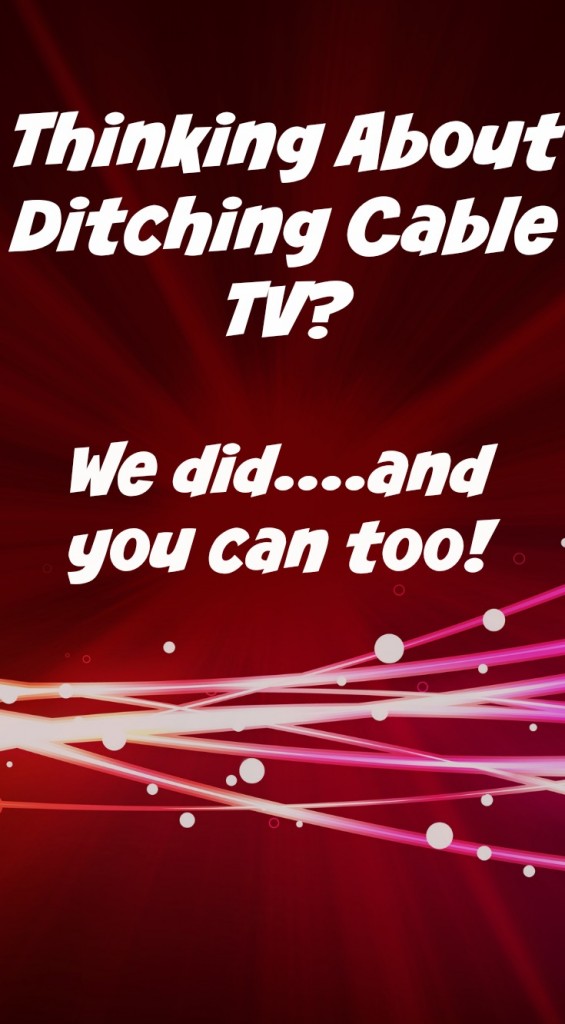 Our search for a better solution:

We wanted to cut ties with cable TV, yet Garry was the harder sell to get rid of everything because he neeeeeeded his Spurs action, as well as his football season. Noted, baby. Now let’s start researching.

What do you get?

2) Sling offers add-on packages, like the Sports Package we added for $5 more a month. FIVE BUCKS, Y’ALL! Steal of the decade.

3) The channels in the initial package for $20 offers a wide variety of the channels you were probably already watching on cable.

We found our new “cable” home.

How do you get it?

Cutting the cable cord is as easy as setting up an account, giving a credit card for the monthly charge and getting your device to stream.

We have had Sling for five months and are happy campers sans cable.

In addition to Sling TV, what do we have?

Once we disconnected our cable, we installed a HDTV antenna. Boy installed it in the attic, where the best reception could be gotten and even with the lowest-end antenna available (I think it cost $10), we pick up all the local channels and a few others for no additional cost other than the antenna.

The cheapy antenna was an experiment and we didn’t want to invest in an amplified antenna before we knew if we’d be able to even pick up the HDTV signals. I’m sure at some point we’ll replace the cheap one with a better one, but the take-away here is IT DOESN’T HAVE TO BE EXPENSIVE!

Oh, how I love me some Netflix. The streaming catalog is deep and wide and I can’t imagine a better addition to Sling. If there is nothing on, we head to Netflix.

We have the unlimited streaming and 2 DVDs out-at-a-time plan. The reason we do DVDs as well as streaming is because some of the early releases are only offered on DVDs. We pay, with taxes, around $22.

We are Amazon Prime members and it includes Amazon Streaming. I’ll be honest and say that I can’t give a good review, or a thorough review, because we haven’t watched much on Amazon. We look at it as a perk of Prime, but we haven’t taken advantage of what is offered. I like the idea of having it, but we haven’t rummaged through their catalog yet.

We pay $99 for our Prime membership, but we’d have that regardless of the streaming, so I wouldn’t say that is an added TV viewing cost to us.

We have a HDTV antenna: $10 one-time-cost

We have Amazon Streaming: I’m sure there’s a break down I could do, but since we would pay the $99 just for the shipping aspect, I’m saying this one is a wash.

That’s a price we can live with, especially since we get to watch what we want to watch and not what the cable companies want us to watch.

If you’ve been wondering what life without cable TV looks like, now you know: It’s fabulous!

Are you thinking of making the switch, or do you love your cable?

~If you didn’t change the channel, please consider sharing this post on social media. Smooches!~

We haven't had cable TV for...I don't even know how long! About 2 years or so? We just weren't watching it - plus, we cancelled the TV and signed up for better Internet, which worked out way better! We mostly watch YouTube or Twitch.tv, as well as DVDs and things like that. We've had Netflix in the past, but cancelled it. I'm debating signing up again, though, as I do miss having more selection than what we already have in the house! But definitely do not at all miss cable!

We gave up Cable about 2 years ago and have really never looked back. Yes I miss HGTV, but it's available on NetFlix which we do have. And we miss tennis when it comes to the US Open, French Open, etc but we can stream a lot of that just from the Web. There are so many great shows we enjoy such as Big Bang Theory and the many reruns of Rules of Engagement. Not having cable also frees us from sitting in front of the TV way too much ;) Our time to watch TV starts around 6:30 in the evening and for me, ends around 9pm. The hubs stays up longer but doesn't necessarily watch tv and may go to his music room and play keyboard. Life can be good without cable TV!!

We love Netflix and Sling...plus we have the HDTV antenna which allows the major network channels. What we love more is the price slash!

Dia All The Things I Do

I have really debated getting Sling TV and replacing cable but I need some sort of recording device because I rarely watch anything live. Anything suggestions? I also have a bundle deal so it would probably only save me around $20 a month

On Sling, whatever channel package you pick, many of the shows are rerun many times. We watch the show Alone and rarely watch it on the original air time. I would check with them first. If you already have the Roku app on your TV, I believe they offer a free trial week, which could help you decide.

Whoa. I've never heard of sling but it sounds awesome. The sports channels are what kept us with cable for so long but we ditched it last month! I'll check it out. :)

It. IS. Awesome! We love it. Garry especially since he can watch ALL THE SPORTS! (for $5 extra!)