I wrote this post on vulnerability in the winter, a couple of days after Sweet E had been born and I offer it now in my “What I Will Tell Sweet E” series.  (spattering of NSFW language) 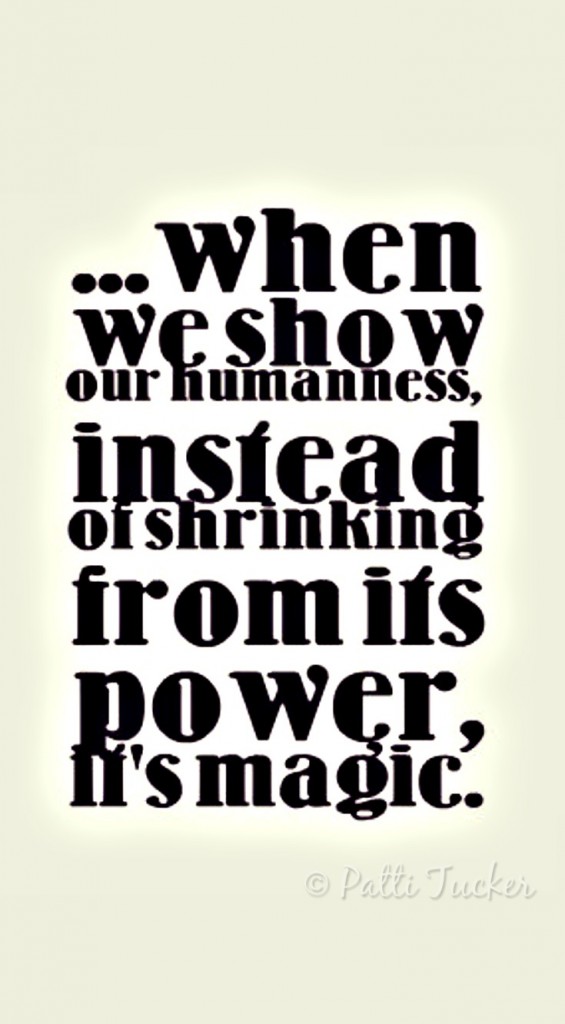 The “v” word is a tough one for me.  I was brought up to be a lady (I know, makes me laugh too), yet my kinship with the dudes was my heart.  Screw dolls and playhouses.  I owned two baseball mitts, a football and more sports equipment than most of my male friends (much to the horror of The German).  I lived to play; the boys were my peeps and I was theirs.

To be vulnerable was weakness, was laughable, was not to be tolerated.  Since I ran with that herd, I knew what would happen if I dared showed my vulnerabilities.  So, I didn’t.

Truthfully, it didn’t come up often in my younger years.  It wasn’t until my mid-teens that I realized that this was a part of me that I would learn to disguise.  As I became a young woman, and life handed me a few beat-downs, and I realized I couldn’t handle the hits by myself, the lesson of trust and allowing the honesty of my vulnerability to be known, was one of the most difficult tasks I had ever attempted.

In my youth, in a boy’s world, vulnerability was to be bum-rushed into the dark corners, left to die.  There was no good excuse to allow this sort of thing out in the bright of day.  Period.

[Tweet “To be vulnerable was weakness, was laughable, was not to be tolerated.”]

That bullshit ended pretty quickly.  My vulnerability became my dancing partner.  Suddenly, my hiddenbeatinglovingscaredanxiousloving heart took up residence on my f’in sleeve. No one was more surprised than I was.

I tried, as a mom to a son, a strong-minded, yet, sweet boy, to instill the understanding that it was a strength to allow vulnerability its place. To teach by example: when we show our humanness, instead of shrinking from its power, it’s magic.

Yet, I still struggle today with allowing others to see the vulnerable in me.  I know it is a strength.  I know.  Old habits, mah babies, die hard.

BRUCE WILLIS, SAVE US!

Recently, I could have used someone, anyone, just one, to listen to my insanity, to tell me that it was going to be OK, that this was merely a moment, not the whole…

I focused on what I had and tried to dismiss the pain of what I didn’t.  Didn’t really work. Then, I took another tactic: I embraced the bitch of vulnerability.

I cried a horrible cry.  It was a heaving, wailing, injurious noise.  I’m sure I was a sight to behold.  The pain was deep.  The surprise overtook me because I thought I was done with this particular pain, or at least the diving depths of it.  Just when I thought the scar had healed…BAM!…not so much.

After a day of sorrowful retreat from the Universe, I thought I should put my money where my big fat yapping mouth is and tell you, show you, just how vulnerable I am.

The thing for me is this: being vulnerable is a misery.  But, isn’t that true for all of us?  No one wants to be thought of as a weak bawling pitiable mess.  And that’s where I had my epiphany.

You know how on facebook so many updates are sweetness and light (God bless them), and how there can be days when you feel your life might not measure up to, well, everyone’s?!  You’re struggling to breath and the happiness meme’s are kicking you in the teeth.

Few of us have the balls to be that vulnerable person in public.  But, the deepest of deep truths is: WE ARE ALL THAT VULNERABLE PERSON.

I think we’re afraid that if we show it, we’ll be slapped with a label that isn’t anywhere near the entirety of who we are, and no one wants a bogus label, a crappy sales dot, a torn discount sticker.  Being vulnerable is a natural part of who we are meant to be, yet it’s a small part of the whole.  Just like that time you lost it in public, or yelled at the dog, or snubbed a neighbor, or didn’t return your mother’s call.  Those actions don’t define the whole of you; they define a part of you.

The bigger part of me is usually in proactive action-mode, ready to head-lock injustice, so when faced with the smaller crybaby vulnerable needy gal, it honestly disturbs me and I don’t want that label to be the label.

Vanity.  It’s all vanity, isn’t it?  We shouldn’t care what others think, but at times, we do.  And if we care, then that means we want to control the image, don’t we.

The truth is I’m a mess sometimes.  I’m weak and I bawl, not just cry, I WAIL.  I want to curl up in a closet and be left to die. I feel worthless, when I know I’m not.  I feel unloved and thrown away, when that is the farthest thing from the truth.  But in those vulnerable moments…

I suffer alone.  Well, at least until Husband gets home and asks why I’ve been crying.

THE DAM!  SHE WON’T HOLD, CAPTAIN!

Paradoxically, if I knew you were in this state, and I could be an ear, a reassuring voice in the dark, a loving thought-smile-gesture sent your way, I wouldn’t hesitate a heartbeat to be there for you.  So, why do I think it’s an imposition to ask someone to be there for me?

I have entered my fifth decade and still some things remain a mystery.

Obviously, I don’t want to appear weak, even when I know it’s disingenuous, especially since I try to live by the truth.  Even more so, for me, its a survival technique from my youth that has no room in my life now.

The point of this?  Dear Sweet E, I want you to know, to believe, that those who love you would be honored to stand, sit, or curl up in a ball with you when you feel crushingly vulnerable.  That they wouldn’t judge you, other than to see your suffering through the filter of their own.  That your vulnerability could be a gift for others thinking they are alone in theirs.  That your vulnerability, your ability to make a space for it to be, is part of your beauty and an integral part of your strength.

It’s OK to be vulnerable.

~Help me spread the love by sharing on the social media of your choice. Thank you!~

There is nothing wrong with showing weakness... as long as that weakness is followed with some Get-up-and-get-shit-taken-care-of-ness, which I know you have PLENTY of! In all seriousness, I wish my parents (and grandparents) had show a little more weakness and vulnerability. It might have made my parents divorce, family member's deaths and my journey into adulthood a little easier/more realistic.

BOOM! We long to see the humanness in those around us; we long to be connected to each other in all ways, including being vulnerable. Thanks, Jennifer.

This is something I've had to overcome myself too! It's scary so I appreciate this post! I had a very hard time asking for help, admitting failure or appearing weak until recently. Love love love this!

We are ALL this person: vulnerable goo. Thank you, for the love.

Well said! It's a huge obstacle to overcome that fear of being vulnerable. It shows a lot of maturity and strength.

It's the scary opening up of oneself that's the hardest. What if I'm rejected? What if I'm misunderstood? So many what-ifs.

[…] time with a sincere apology.  They assume it’s a weakness they’d rather not bear.  I’ve talked about this before.  Many equate an apology’s vulnerability with weakness.  In fact the opposite is true.  […]