Being brave for a friend who suffers the loss of a child, either through miscarriage or a stillbirth is holy work.

How, though? How can we possibly help when we shy away from talking about this stomach-churning topic?

As women, we are known for our love of discussing all the things. Yet, when the words miscarriage or stillbirth are mentioned, we struggle to know what to do or how to help. 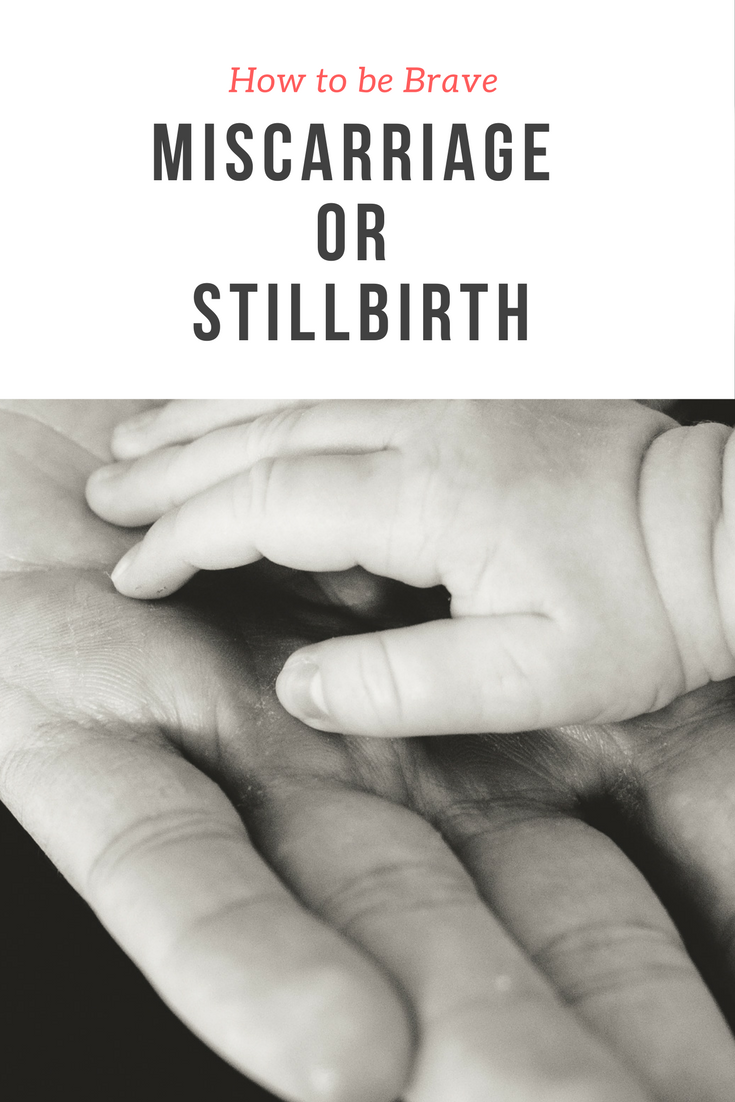 My heart is pounding and my eyes are wet, but I suggest we tackle the beast and prove to ourselves that this painful vulnerability is worthy of our words.

Who among you knows of a woman who has suffered a miscarriage?

If I asked for a show of hands, many of you would offer yours. Maybe you’re the woman you know. I know I am.

My story is simple:

A year or so before I married, I was told by a doc that it would be statistically impossible for me to conceive. Most likely, I would never carry a baby. The news was devastating.

Cut to a week post-honeymoon, sitting in my doctor’s office, positive I had picked up a tropical stomach bug, yet being told my pregnancy test came back positive! (I see you counting…)

I was angry and upset; in my jumble of confused emotions, I thought they were teasing me.

Simply writing the words causes the raw emotion of that pinpointed moment, the unbelievability, the SURPRISE!, the giddy Scooby-Doo head fake, to come barreling back as a tsunami of gratitude.

I was pregnant! We were having a baby!

We were scared and excited and truly dumbfounded for a weeks.

Boy was born and we were blessed beyond measure.

Docs can be wrong.

For me, my faith told me that if God wanted me to have a child, there was no diagnosis that would stand in the way.

With Boy’s birth, we thought we were done. We had our miracle. We were OK with the idea that one was the magic number.

14 years later we were surprised with another pregnancy.

This time, when I was told, I actually came close to passing out at the nurse’s station. The pregnancy test that was standard when you’re a young woman seeing your gynecologist, the positive results of such a routine don’t-think-about-it-just-pee-in-the-cup test, surprised us all in that little room.

I remember blinking hard, my brain trying to process the impossible words spoken, then the room going dark.

The nurses sprang into action. Once I could think again…could talk again…I cried and they laughed in joy (and probably in response to my response) .

I WAS PREGNANT… AGAIN!

I can’t begin to articulate what I felt. TWO KIDS! A mom of two kiddos. Omgosh, that’s gonna be me!

Then, on Thanksgiving day, 14 weeks into the pregnancy, I started spotting. I immediately stopped baking pies and called my doctor. I was told to get off my feet and to keep an eye on things. I had experienced some bleeding and cramping during my first pregnancy, so it wasn’t completely worrisome.

I sent my family off to the family feast, reminded them to bring me a plate and laid in bed praying for my sweet baby girl.

It was too early to know for sure, but in my heart I felt certain I was carrying a girl, just as I had felt certain Boy was a boy.

As the day progressed, my spotting became more pronounced to actual bleeding. I checked back in with my doctor and from what I relayed, he believed I was miscarrying. He advised me to continue to rest.

My baby was in peril and I was supposed to rest?

For the first time since becoming a mother, there was nothing I could do, but wait. It’s a twisted kind of agony to know that the life within you is passing from this world to the next and there is nothing you can do but wait.

I knew the moment my pregnancy ended, and even now, at this very moment, the deep emotion has the power to bend me to almost breaking. My baby girl was gone.

Only days before, we had announced to our family and friends that we were expecting (much to everyone’s surprise!) and now we’d have to tell them that I had miscarried, except in language that was less blunt and less painful for them.

But not for me.

For months I grieved silently. I wanted to talk about it, to talk about what I experienced, but I didn’t want to make those around me uncomfortable.

Life was moving on, but I wasn’t, until two amazing things happened.

One: a dear friend suggested we name the baby, acknowledging that she was a part of our lives and always would be.

Two: another friend suggested a ceremony of letting go, with drums and chants and tearing of cloth (if need be). She suggested we could write down our pain, then burn it in a fire pit and watch as the healing smoke rise to Heaven.

We didn’t do either one of these things, but I was so grateful to both of those friends for being brave enough to talk to me about the miscarriage.

As I had found out after my miscarriage, everyone was loving and concerned, but no one dared mention it again. I’m sure they didn’t want to hurt me by reminding me of my pain,or maybe they didn’t know what to say, but I never stopped thinking about it.

Miscarriage is devastating. A death. Who wants to talk about death over coffee and cake? I’ll tell you who: every woman who has suffered through one.

As miracles go, we thought we were done with pregnancies. Matter of fact, we had two more, and then two more miscarriages.

Look at these stats:

For women in their childbearing years, the chances of having a miscarriage can range from 10-25%, and in most healthy women the average is about a 15-20% chance.

That’s a lot of women. A lot of suffering. A lot of love waiting to be expressed.

My prayer, my hope, is simple: Let us be brave when the subject is miscarriage or stillbirth.

Let us embrace our love, our gift, of talking about and sharing our pain, even in the face of extreme discomfort. Hell, especially in the face of that which scares the holy hell out of us and makes our heart ache.

Talking of stillbirth seems even harder to me. I don’t know anyone who has experienced it, so I defer to those who have.

Please watch this video I found posted at Sugar and Dots discussing miscarriage and stillbirth. It is heart-wrenching and beautiful.

Someone once said to me: Miracles come from death. Watch, and you’ll bear witness.

She was right. My miracles arrived as two friends who pushed past their fear and gave me more than they intended. Their lesson became my action; reach out to those who suffer this silent loss.

Are these tough topics to discuss? A million times, yes. But, we are women; we are warriors. We bring life forward and shape the future.

That was a heartbreaking read and I'm so sad for everything you experienced as a result of your miscarriage. It's such an important topic, but one that is definitely difficult to bring up with someone who has just suffered a loss. It's hard to know when and how to bring it up, but it's good to know it's OK to bring it up. Pinning this so hopefully others will see it as well! Thanks for sharing.

It's such an important topic and one that so many shy away from because it's sad and grief-producing. Thank you for weighing in, Erin.

Thank you for sharing your story, Patti. I’m grateful for those women, like you, who speak out about this. There’s still so much tiptoeing around this subject in our society. A friend of mine recently told me that she had miscarried over the last few months. She quickly told me that it was so early she wasn’t even sure if it counted. I said, “of course it counts! You are free to feel however you feel about it. That is a loss. You can grieve that loss.” With tears welling up in her eyes, she thanked me and I was glad that I was able to validate her. It was so clear from her face that she hadn’t experienced that. So many people come with “well, at least it was an early loss,” or “you can try again.”

I appreciate your message.

OF course it counts. Thank you for being brave for a friend.