I’ve written before about my father and the things he taught me in his short life and this Father’s Day I will remember and honor his wisdom once again.

There is no denying the importance of Dad in our lives. The yin to our mother’s yang (mostly), the lessons that a male perspective offers, and for girls, hopefully, the first man she loves and looks to for strength and understanding. I had all of that, but understand it’s not the experience of all, so I remain grateful for that which my father did give. 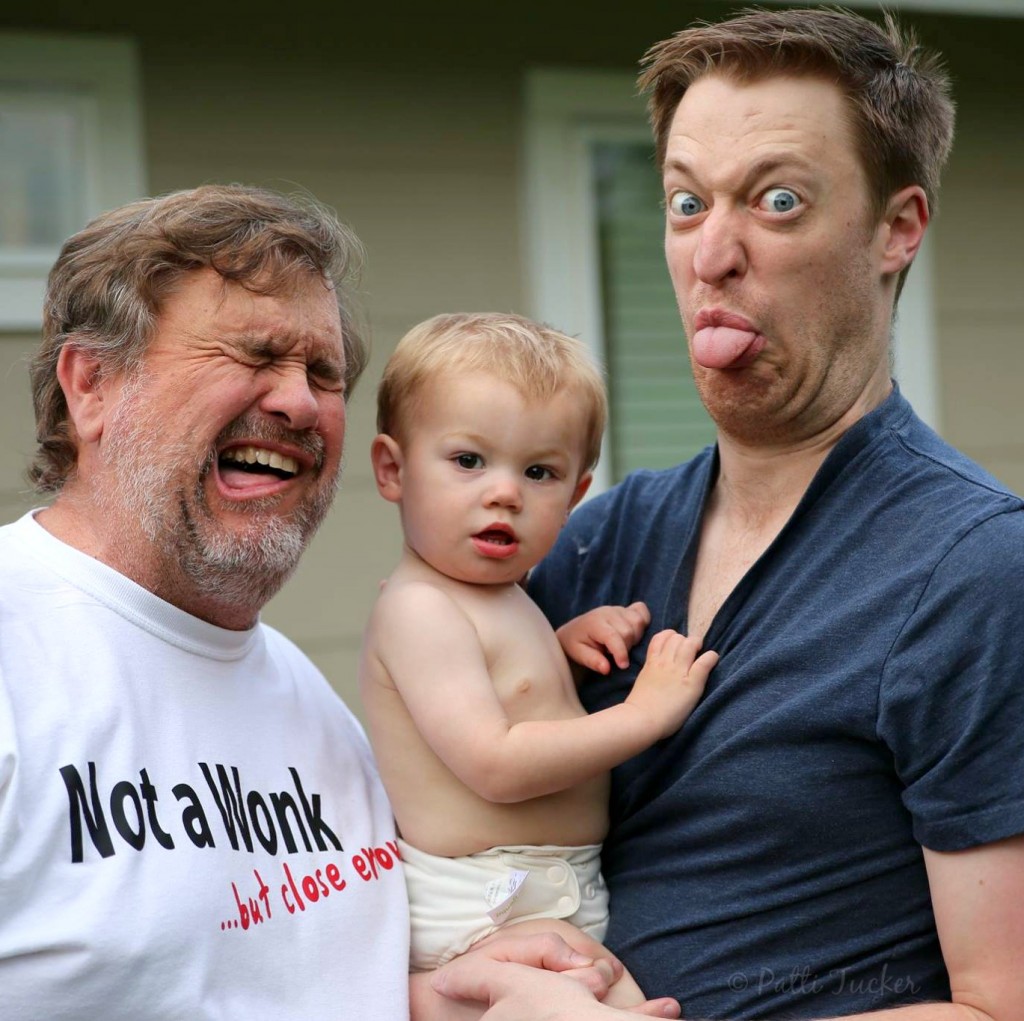 The Importance of Dad, The Garry Version

Garry was the hard-working dad whose sacrifice allowed Boy the unique upbringing and freedom of being home-schooled in an era when most folks did it for religious reasons, yet we focused on academia. We had the opportunity to travel within Texas with Garry, to learn and experience much of what interested Boy, in a way that mattered, to both us and him.

Garry was the funny dad and he encouraged the funny in Boy. (I think the pic is evidence enough)

Garry was the sports dad who coached many of Boy’s teams when no other parent would step-up. Life lessons intertwined with the lessons of team sports were as common as chocolate chip cookies in our house.

Garry was the encourager of bonding with fun, especially through gaming.  Playing Madden was more than the highs and lows of video games, it was talking about what was happening in the now with Boy, it was sorting through problems or challenges, it was sitting next to each other, being with each other, yet independent of each other. It was in sharp contrast to how I parented Boy, the look-me-in-the-eyes kinda parenting, and it was perfection for each of them.

Garry was the always-there dad. A phone call, a shout out, a look for help was all that Garry needed to show up for his son. He might have offered a lecture, or insisted Boy walk him through his reasoning, but he always showed up. No questions asked.

Garry was the tough to my soft, the riotous laugh to my exasperation, the soft to my tough, the yin to my yang and it’s the reason he was a great dad: he watched, he listened, he responded in love. As we parented Boy together, I learned many things from Garry, but the overriding lesson was that we would all make it through; we would all be fine.

Garry was and will always be an important fixture in Boy’s life.

The Importance of Dad, The Boy Version

As a parent, watching your children become parents who then parent, is almost indescribable. Squishy love, hard love, imperfect love, anxious love, overflowing love…it’s all there, each in its moment of need, as you watch your child guide another to adulthood.

Boy is a relatively new dad, with Sweet E just hitting 3-years-old, but already he has taken to fatherhood with seeming ease.

Boy is an attentive dad. He listens and discusses and interacts with all that E offers. This is no small feat given Sweet E is much like his Choochie in the talkitty talking department.

ALL THE WORDS! NOW!

Boy is a playful dad. Whether the fun is had through silly word play, or apps that change your face, or bouncing on the bed, Boy is up for it.

Boy is an adventurous dad. He encourages E to climb and camp and explore within the physical limits of a precocious three-year-old.

Boy is also a hard-working dad to provide the experiences and opportunities that will be important for their family.

Boy is a gamer-dad and is passing on the tradition of sitting side-by-side, tackling a game, while discussing E’s world. No eye-ballin’ each other necessary!

Even though Boy’s journey into fatherhood has just begun, as I watch Boy and Sweet E together, there is no denying the importance of Dad.

Happy Father’s Day to all dads, especially my sweet boys!

bhaha love the pic and the truth behind everything said. He looks just like you :) elle southernellestyle.com