I originally wrote this post about my mom (aka The German, and yes, she knows that I refer to her as such) in May of 2013.  As I reread it, I thought I’d add two more thangs, one of which will not be how I vex her by doing things like this in most photos: 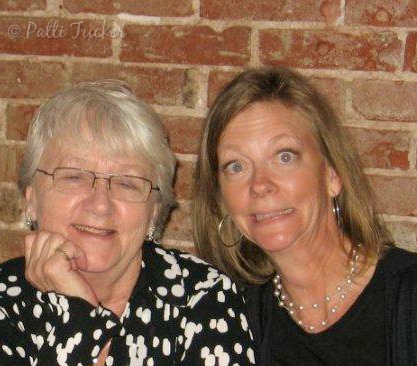 #11: The German taught me that cooking for someone, creating in the kitchen for someone, is the equivalent of saying I Love You when you can’t bring yourself to say the words.  It was and still is her love language.  We’re the same in that way, except I will also throw in the I Love You and a smooch like nobody’s business.

#12: The German taught me that I would need a strong man to counter my strong opinions, my sometimes overreaching love for those I love and my river of words that have yet to run dry.  So I married Garry, whom she adores. We both agree it was one of the smartest decisions, if not the most singularly spectacular decision, of my life.

Now let’s get to the original post, shall we?

My mother, The German, and I rarely saw the world through the same prism. She was German; I was American. She was ladylike; I was a tomboy. She only cursed in German; I cursed in three languages. She insisted my brothers be coddled; I insisted she’d lost her mind. She never spoke of politics or religion; I spoke of God and Nixon/Ford/Carter/ et.al. without end. She thought the truth was dangerous; I thought the truth would set us free.

When I was younger, we clashed in most things. When I became a mother, I entered the age of appreciation.

While it is still unusual for us to agree, I have learned so much from my mother and thought I’d offer a Mother’s Day Tribute to her wisdom and strength.

10 Things My Mother Taught Me

#1: The German taught me how to stand in the face of adversity. She’s a woman of considerable strength and stubbornness, after all she remained married to my father until his death and those who knew him understand what that meant. If he had been my Husband, my boot would have been up his ass every. single. day. (and I adored him)

#2: She taught herself English through knitting manuals. BOOM! Impressive and true. This feat taught me humility, slapping me in the head with the fact that I was not nearly as smart as I liked to think, or reminded her of in my youth, because I can’t even decipher the damned manuals IN ENGLISH.

#3: The German taught me the art of acting like you don’t care when you really do. She had a hard life, yet acted as if it was nothing. While on the surface this trait may seem a weakness, in the business world it is valued beyond gold. Never let them see you sweat. It earned me many a sale.

#4: The German taught me the love of baking. Baking memories are the fondest memories I have from childhood. It was one of the few things we had in common, and one of the few times we could talk and not irritate each other. The memories still make me smile.

#5: The German taught me about love of country. She never missed an opportunity to tell us how spoiled we were or how lucky we were to have been born American. She backed those comments up with stories from her WWII youth and the horror of it all kept me awake at night thanking God that I had been born free, born an American. It also gave her children the delightful catch phrase we still use today (said in a thick German accent): Never trust a Russian (As a joke, when I first introduced Husband to her, I whispered, “He’s Russian.”).

#6: The German taught me that even though you may not like someone, you can love them. This has been a great lesson in remembering God’s will first in all I do.

#7: The German taught me that that there is redemption in grandchildren.

#8: The German taught me that while loving someone, yet no so much liking them, you can offer support that will make a significant difference. She was the first person on board when we made the decision to home school Boy. This was back when the law in Texas was ambiguous and the threat of being arrested was so real that I carried the name and number of our lawyer everywhere I went. She never wavered. Not once. Not only didn’t she waver, but she encouraged us every. single. year. That support turned out to mean more to me than almost anything else she ever offered.

#9: The German taught me that if I wanted something, that I should seize the moment. After all, she met my father in Germany as a young woman, married him a month later, moved to the states not knowing the language and had 5 children is short order. She has always said that she had no regrets.

#10) The German taught me the power of saying YES! to someone cooking for you. The last time I was home, she tried in vain to cook for me. She wanted to make pork chops and her famous potato salad (yum), but I was too interested in the fast-food flavors of my youth. Looking back, I see what a schmuck I was. One day she won’t be able to cook and I will kick myself for not eating it when I could.

When I was younger, I didn’t think my mother was smart or strong or much of anything except a mother to rambunctious kids. Funny how life has a way of proving you wrong. 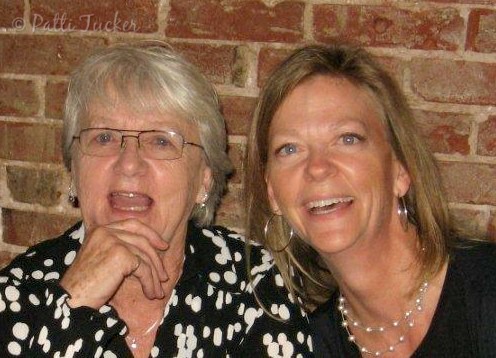 Why does it take us so long to figure these things out!!! Mothers do really seem to know best! I know I gave my mom a hard time as a teenager, but she is one of my best friends now. Your mom sounds great and this is a wonderful tribute to her! Thanks for sharing it with the rest of us!

I think is what is called the "circle of life" with everything known when needed!

I absolutely love #12! She sounds like a wonderful mother!

This is wonderful! Your Mom sounds alot like mine - I miss her.

So German! Thanks, Marsha.

I love your 2 additions! My Mom and Nana firmly believed in #11, but I had to figure out #12 for myself. Fortunately I got it right the second time :)

The ride is so much better with a strong partner!