I’m a sucker for a great hack – especially – if it involves CAKE! 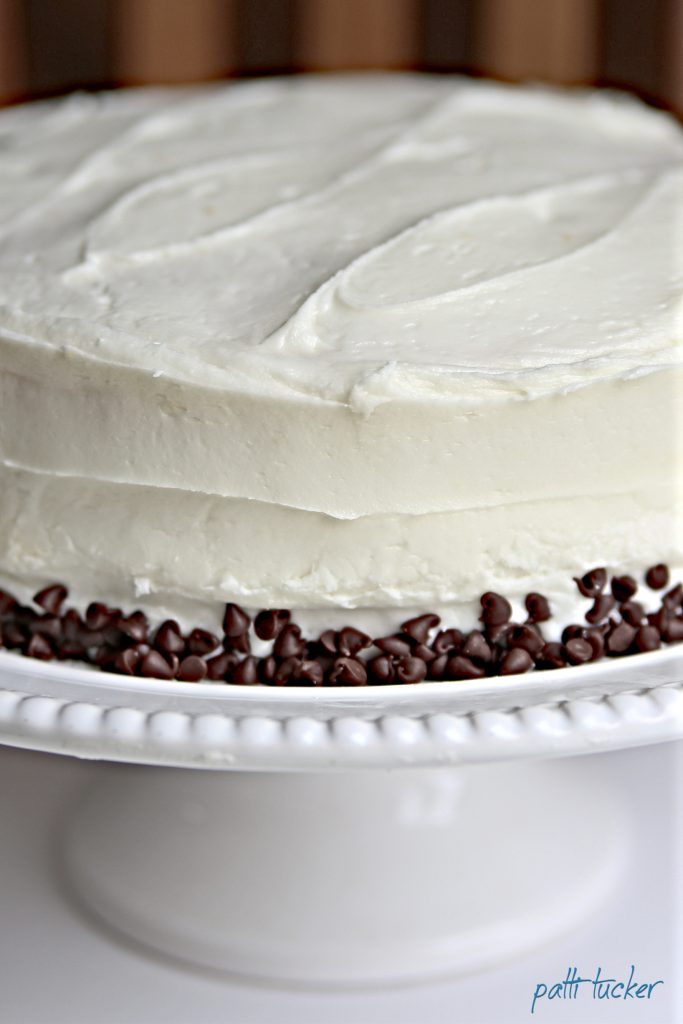 My desk is filled with scraps of paper with hastily written hacking notes, and as I was cleaning off said desk, I found a blue stick-it note that simple had this written on it:

I figured it had to do with a cake mix hack that I’d been wanting to try, so I grabbed the note and headed to the kitchen.

I’m always thinking up or reading about hacks I wanna test.

Funny Thing: I think I wrote the hack down wrong (and I have no idea where  I saw it originally), but we’ll circle back to this thought later.

I do love me some strong Sandra Lee action in the kitchen.

I grabbed a cake mix (I think any will do), one that stated it was of the “moist” variety.

I pulled the old switcheroo and substituted the ingredients above, using two extra eggs instead of one.

Side Note: My cake box instructed to use three egg whites, so I simply added two extra whole eggs to that.

I substituted whole milk for the water, and then substituted water (doubled) for oil. (it called for 1/2 cup oil and I used 1 cup of water).

Mixed it all together and baked in two 9″ rounds. 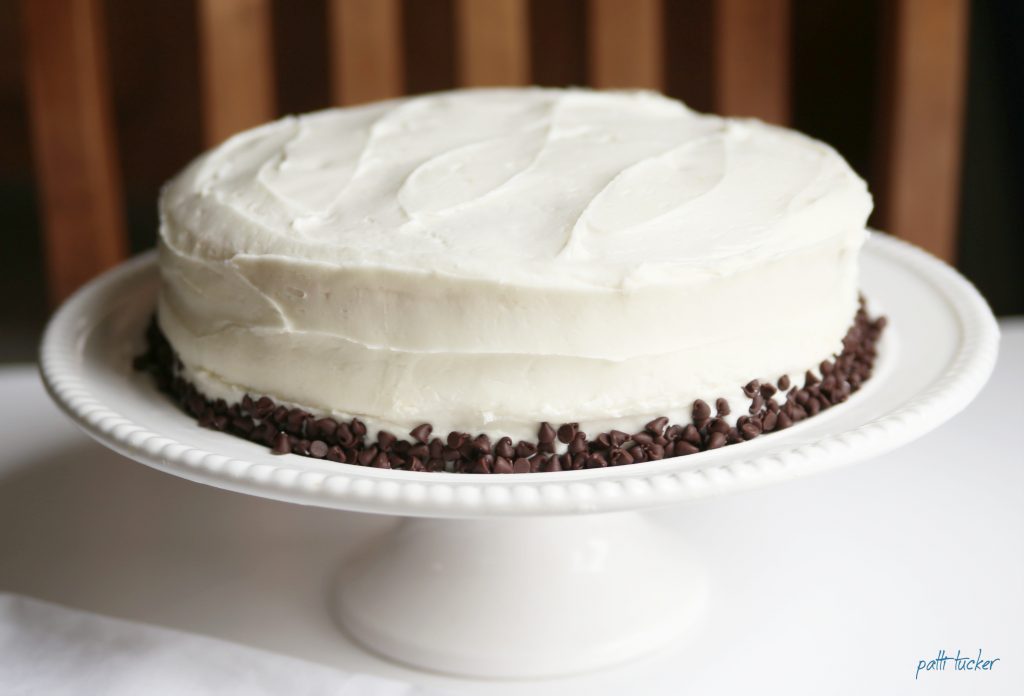 My MIL demanded to know where I bought it.

My SIL said she could have eaten the entire cake. 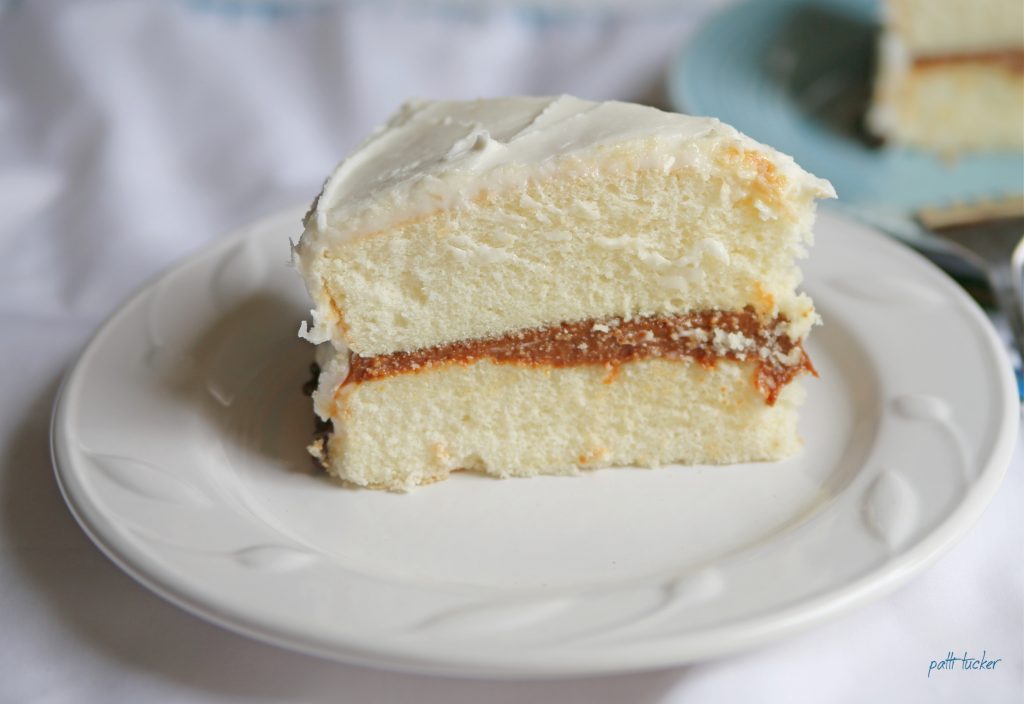 So, here’s where I think I screwed up (from the “funny thing” above):

It’s possible, maybe, most likely, that I screwed up by replacing the oil with water.

I’m thinking, but can’t be sure until I repeat this experiment, that possibly, maybe, most likely, I should have used melted butter to replace the oil (in the same doubled proportions that I substituted water. 1 cup melted butter for 1/2 cup of oil).

If so, if I actually screwed it up, then mine was a happy accident, because, let’s review:

~ It was a denser cake than the boxed would have been as is, but not too dense that you felt like it belonged in the cornbread category.

~ It wasn’t overly sweet. It was perfectly balanced, which made me almost eat all the frosting on my piece (not a big frosting gal).

~ It held up under a heavier filling (CARAMEL!).

~ The crumb was perfection. Not flaky. Not gummy. Perfection.

~ It was as if I bought it from a bakery, then passed it off as my own.

So, even if I should have used butter (should I have? No idea!), using water instead of oil worked just fine.

I will try the boxed mix with butter next, because let’s face it, everything tastes better with butter.

As soon as I do, I’ll check back in with you to share the results.

SIDE NOTE #2: Did I mention I filled it with caramel? 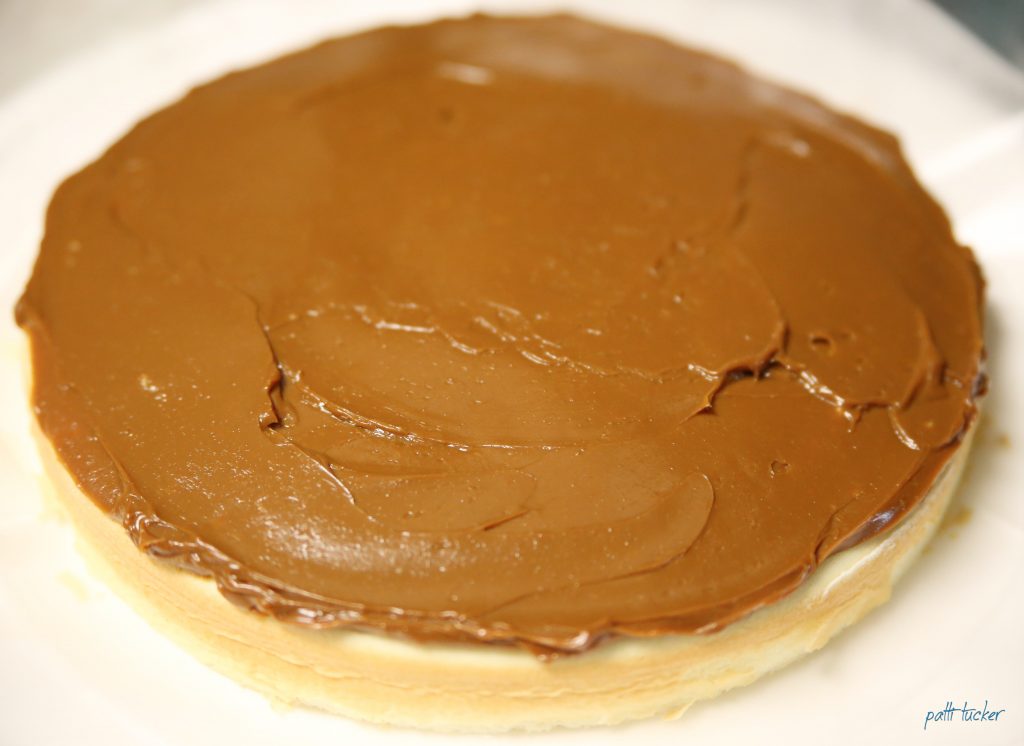 If you have never ever used this canned caramel, I weep for you.

Life-changing is NOT hyperbole.

Buy it. Bake with it. Try resisting eating it by the spoonfuls straight from the can.

Do yourself a favor. Buy a couple of cans and TELL ME you aren’t a changed soul.


Until Next time, my babies – happy hacking!

That looks yummy! I do add melted butter in place of the oil and follow these other substitutions to make a boxed mix taste so much better.... but I have yet to try that caramel. It sure does look amazing. Pinned. Thanks for sharing with us at the Happy Holiday Link party. Pinned.

I enjoyed your take on the hack from the note. So happy it turned out to be a good mistake. Happy Thanksgiving, Kippi

How To Hack A Boxed Cake Mix (Again!)