I am a mother of a son.  When he was born and the doctor held him up triumphantly like a much sought after trophy as he exclaimed, “It’s a boy!” I took in a deep breath of relief.  A boy.  I know boys; I can mother a boy.

What if Boy had been a girl?  Throughout my pregnancy, I felt certain that Boy was a boy before birth (no sonagrams back then unless you were in danger), but I didn’t know this as fact and often wondered how I’d mother a girl when what I knew best were boys.  I had grown up surrounded by boys.  My best friends were boys.  I related to boys.  I understood boys.

Girls?  Not so much.  They were like a foreign country to me, with their foreign language and foreign customs, while I was the loud-talking wildly-gesticulating American trying in vain to communicate with them.

Then, I had nieces.  GIRLS!  They came with bows and glitter and lots of tears.  They came with Barbie (how I hated her), and tiaras (oooo, pretty) and fairy princess wands flowing with ribbons.

So many times, when surrounded by my nieces, I said a silent prayer of thanks that I had a boy.  Boys seemed less complicated, less fragile, less, less, less poofy.

I mentioned above that I hate Barbie.  I do.  With a white hot passion.  I vowed early on that no girl child would ever receive one from me.  Never.  Ever.

Barbie?  What the hell was Barbie’s value to a girl?  Yes, she’s a doll.  Girl’s love dolls.  Ergo, girls love Barbie.  It was infuriating to me.

When I look at young girls, I see what my father must have seen when he looked at me: the potential to become my dreams.  To live a full and fulfilled life.  To reach for possibility that is outside of what we may think is possible, regardless of what we may look like to the outside world.

Barbie is the antithesis of that for me.  She’s plastic boobs, fake hair and a perpetual smile with nary a PMSing thought in her brain.  I’m being generous here and gave her a brain.

The unrealistic image can be defeating.  Girls should know that their bodies will tell their unique story and shouldn’t be forced to conform to what others think is beauty.

My body tells a story; our bodies tell a story.

My face is lined, especially where it squinches when I laugh, which is often.

My breasts are small and bear the signs of having breast fed a baby.

My stomach is like a tiny pillow that my husband loves to grab.  It even has a nickname: Chipotle.  Yes, like the restaurant, but my belly had it first.  That poochy, fat-filled, exercise-resistant belly is what remains from carrying a child, our child, through a tough pregnancy.

Stretch marks.  I have them, although they are dimmed with age.

The faint scar above one of my eyes is from mindlessly walking into a friend’s swing on the playground when I was four.  That accident gave me my first round of stitches.

My painful rib injury that flares in cold weather that was gained from roughhousing, with, you probably can guess, boys.

My bad back, part heredity, part dead-lift accident, yet started from a go-cart accident with a nephew.

My point is that plastic abounds, literally and figuratively.  For the young lassies coming up today, body image and body conformity is worse than it’s ever been.  Society is cruel.  Pop culture is a bitter beast and it devours our young girls.

Don’t let the bitch near them.

It’s hard to look at a beautiful child, a beautiful girl, and not point out to them that they are, well, beautiful.  I don’t begrudge them their beauty; I embrace it.  Yet, I also find something of greater worth to admire about them.

I was never a beautiful child, one to be fawned over simply because of society’s ideals, so I stuck with the boys because that’s where I shined.  I was athletic and goofy and a jokester.  I was bookish and nerdy and intelligent.  If it hadn’t been for a father who saw me…the me I was outside of what I looked like…I might not have the strength of thought or action that I do today. 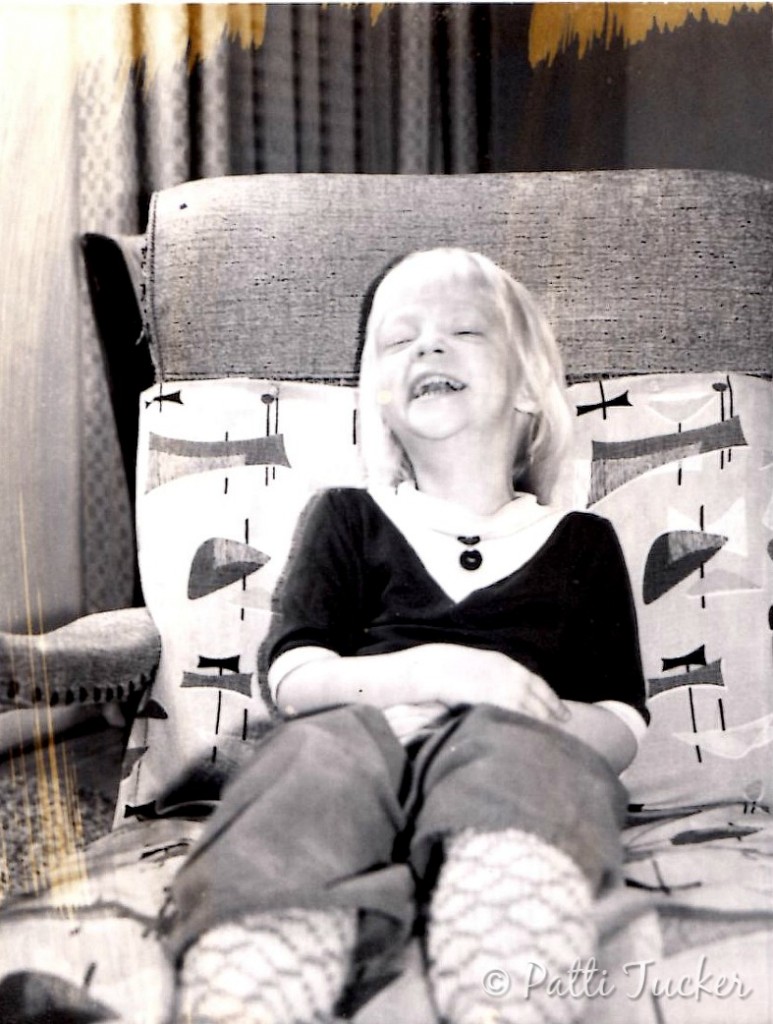 As I’ve aged, I realized that I would have done just fine raising a girl.  Her upbringing would have been quite different than most girls, but my guess is she would have still wanted her dolls.  I wouldn’t have bought her a Barbie, but certainly she would have had a collection of dolls…and she’d also understand how to use her brain…and the realization that her body was more than what it looked like.  Her body, too, would tell a story as she moved through life, and it would be one of strength and beauty that arises from confidence.

This is not to say that we won’t or can’t appreciate physical beauty, because that will never change.  Even as our ideas of beauty change, let us remember that our bodies serve to tell our story.  They are powerful.  They are ever-changing.  They are our physical home until we pass.

We would do well to treat the vessel with respect and care, no matter what it looks like, no matter how others may view it.

Each one of us has traveled a life filled with stories.  Our bodies are no different.  Each scar, each sag, each wrinkle speaks of where we have been and what we have endured.

Would you defame one that has served you so well?  Would you talk ill of one who has given their best?  Would you dismiss a loved one’s pain and joy?  If we were talking of one you loved instead of your body, my guess is you would not; you wouldn’t dare.

So beautiful...my favorite part is the comparison to a orange...It made me smile ear to ear! Love ya woman and your honesty! XOXO

Seriously...who doesn't think an orange is beautiful? Thanks for the love, Katie!

So funny! I came from an all girl Barbie loving family, so I'm loving your take on things!!

Thanks for the article! I pinned it to my beauty board (which actually has beauty tips on it, not lots of inspiration like you might hope). I worked with a mom who was telling me about having 5 daughters. She said that after each one, she worked hard to get the baby weight off, and did for 4 babies. And then the last baby was born and had several handicaps . Between caring for her older girls and a baby who needed extra care, she never got the weight off the last time. But she smiled and told me that she realized that she gave up her figure for her children and that THAT WAS GREAT. It was a physical representation of how invested she was in her kids. Sure, she would have liked to have lost the weight, but she knew there were more important things in life. Personally, I didn't grow up with Barbies--my mom didn't like them. I often think about beauty and body image and what it all means. I don't think it's a cut and dry issue. And I hope when I have kids I can teach them to be themselves and not worry about others judging them.

Beauty is a tricky nut for many, just look at the industries built around the ideals of today. While I agree it's not cut and dried, for me Barbie is simple: No. Just so much no. (i fully expected for someone to throw something at me for this post...a Barbie perhaps?!...but so far, I'm n the clear.)

This is one of the few times that I will call you Patti, but Patti: This. Was. Beautiful. I loved Barbie as a little girl, but the body image issues I had? OH MY! Now that I know better, I see Barbie in a poor light.

Heather! What a lovely comment. Well, other than your experience with Barbie. Thank you, friend.

I have two boys and a girl and the boys are definitely easier. However, we've raised them both the same, and interestingly enough, although our girl has a great fashion sense and can be a "girly" girl, she can also hang with the boys in sports, loves math, and is as tough as the boys.

Some stuff is just in the DNA. Loved reading that!