Super Soakers are my go-to method to kill wasps naturally.

So naturally (just NO with the puns, Patti), I’m going to share my amazing no-fail lifehack with you. 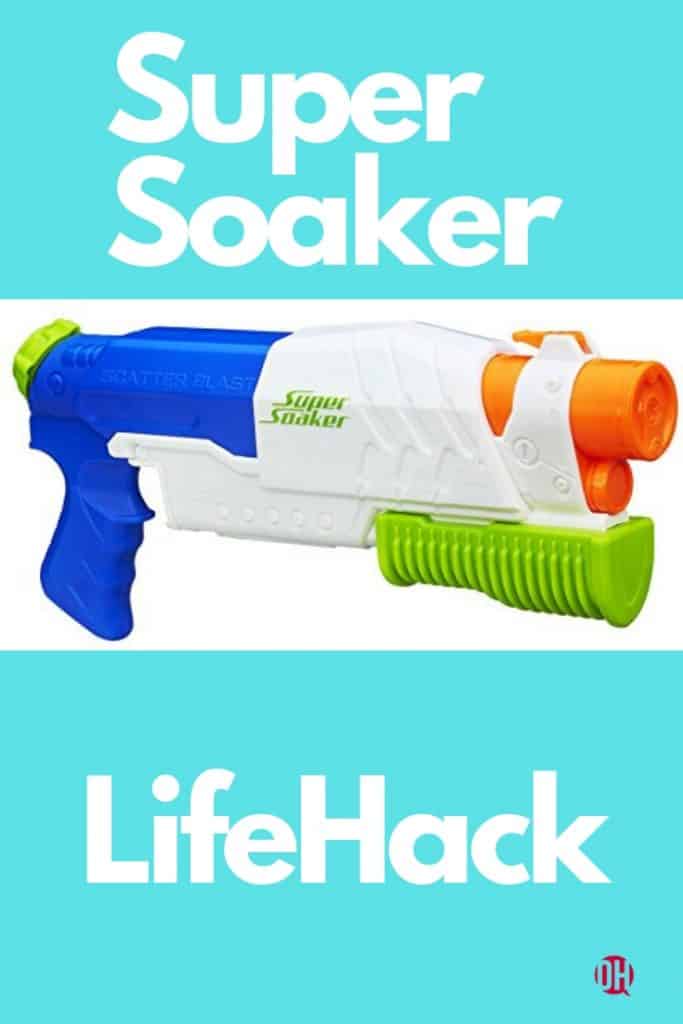 ~ A gentle reminder: OMT! uses Amazon referral links at no cost to you!~

What have we become here at OMT?

Spring is when we usually see an influx of wasps building nests in undesired places.

Wasps like to build in the garden, in the eaves of houses and even the grass.

This weekend, while trimming the vines on the front of the house, I discovered a wasp’s nest in the vines and practically dove off the ladder trying not to get stung.

Those be some angry wasps when disturbed.

SPOILER ALERT FOR THE SQUEAMISH: We killed ’em ded.

I know there is lots of info about leaving wasps alone because they are beneficial, and I am all for leaving nature to do its thang, but when the wasp’s nests are above my front door, or in a place that makes it impossible to just get along – it’s either me or them.

One of us has to go.

SPOILER ALERT #2: It’s totally them. They gots to go.

So, how does one go about killing wasps?

I’m the gal who will try the all natural route before anything else.

Sometimes the methods work, other times it’s a flop.

The Super Soaker method works every dang time, without putting more of the stuff that’s bad for us into the environment.

How we kill wasps:

Instead of buying harmful chemicals to kill the wasps and eradicate the nest, I did what we have done for years: I filled our Super Soaker (Boy’s Super Soaker from when he was a kiddo) with a mixture of water and Dawn dish-washing soap (We have only used Dawn liquid dish soap for this method, so I can’t speak to any other brand.), gave it a good shake, then handed it off to Garry, cause, you know, WASPS!

Garry’s job is to eradicate the wasp’s nest and kill all occupants.

Mine is to run screaming around the yard if one gets away and dive-bombs me.

How to get rid of the wasp’s nest.

Be humane and put ’em outta their misery quickly.

Did you know that soapy water will kill wasps?

The prevailing wisdom is that the soapy water clogs their breathing spores, and therefore, they can’t breathe.

They immediately fall to the ground, where we employ the stomp and scream method to finish the job.

Fine, Garry doesn’t scream – that would be me, again.

The above pictured Super Soaker has happy and satisfied reviews.

I wish I could offer a link to ours, but they don’t make them any more.

NOTE: As of this updated post, we now use the Scatterblast Blaster, linked at bottom of the post.

This one seems like it would get the job done and then, hey, you’d still have a Super Soaker for all the fun!

In my opinion, using a natural wasp killer is the only way to go.

Unless…you have the giant wasp nest and would rather a professional handle it.

Speaking of a giant nest, we found one that had HUNDREDS of wasps in the late summer.

I advised Garry this job was above our pay grade.

He scoffed (no literally, he scoffed).

How to kill wasps, Garry-style:

He waited until the evening, waited for the wasps to make their way home, and took care of business.

I, of course, stayed safely out of mad-as-a-hornet range.

He was victorious, my valiant wasp killer, but honestly, had it just been me, I wouldn’t have attempted.

You do you and decide what is safe and what is best left to the professionals.

The bottom line is this: exercise common sense. Be safe above all else.

If you’re allergic – ALL THE NOPES. (keep the OTC allergy meds on hand!) Get someone else to handle this job.

We have been using this method for so many years, I don’t remember when we started.

Let me say it again: The best part is it works every stinkin’ time.

After a hearty couple of soapy blasts, we check to make sure the wasps are dead and we knock down the physical nest as a lesson to those who dare to return and rebuild.

You can also use a garden sprayer to kill wasps.

Garry likes to use the garden sprayer (not the kind for spraying weeds) when the wasps are in harder to reach or see places, like our vines.

Start the spraying from the top, let the soapy water mixture flow downward and soon you see EXACTLY where the nest is as the retreat.

Retreat is such a benign word.

Let me frame it more accurately: those wasps will come out swinging, looking to stab you with their poison daggers of pain, ready to die if they must (they must).

Killing wasps ain’t for the weak.

If you miss your target, they’re coming after you.

I’ve been stung before, so use extreme caution, especially if you’re allergic.

It’s all fun and games until Patti is running through the yard like a maniac.

Some recommend attacking at night, when the painful little beasts aren’t as active.

We have tried that method (see above) and the biggest drawback is that you can’t see the flying devils as well as in the full light.

The plus to that method is most of the wasps are home during yer sneak attack, which means they won’t be back.

We’ve almost always done it as soon as we see a nest being started on the eaves or any hidey hole they can find (like cleverly disguised in the vines).

You could also use a bucket of soapy water that you splash on the nest, but again, I ask, why don’t you have a Super Soaker? (they are sooo much fun!)

One of the very best ways to deter wasps from returning is to fully knock down their nest.

The nest will hang on a thinner stem – get rid of that too.

Wasps are known to return to any part of a remaining nest.

Be diligent in making your home less hospitable for them to start building anew.

Remember to use extreme caution when employing the Super Soaker method.

Stabby indeed, those little devils are out for blood.

Our weapon of choice is the Scatterblast Blaster, but we have also used a regular garden sprayer.

The beauty of using Super Soakers is they are easy to fill and handle. We keep one loaded with wasp juice in the garage all through the spring and summer.

In all the years we’ve used this method, Garry has been stung once.

It’s quick, it’s efficient and it makes me happy to know we’re not using harsh chemicals.

If you haven’t tried killing wasps naturally with soapy water – what are you waiting on?

If you liked this lifehack here are a few more you might enjoy:

This is a great hack to keep your patio cooler in the summer and to deter prying eyes! 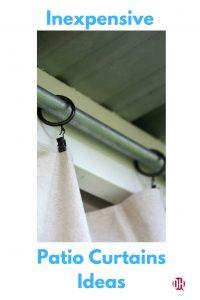 Have you seen this lifehack? I tried it! 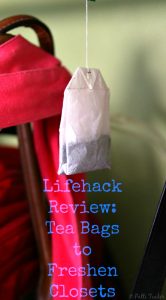 Vinegar Use #12: Defunk a Musty Closet

Vinegar has sooo many uses. Defunk ALL your closets! 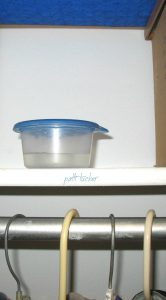 There you have it. All the hacks!

I hope you not only enjoyed this post: Super Soaker Lifehack: How To Kill Wasps Naturally…

But will try this method!

If we ever get a wasp nest, this will be my go to. Honestly I'll make my husband do it because I don't want to get stung and would be to scared. Thanks for sharing at Merry Monday.

The Super Soaker allows you to stay a safe distance back. But, yeah - that's Garry's job!

omg thank you! I'm terrified of bees and I can't wait to have an excuse to have a super soaker again

We try to let the bees be beezzzz, but go after the wasps since they tend to build their nests by the front door. Be safe!