Perimenopause Can Suck It #5: It’s All The Rage

Perimenopause can SUCK IT!, especially when rage is involved.

Easy to get along with.  Full of happiness and optimism.  Silly².

Except when she ain’t.

Peri is the bitchiest of bitches.

She will cut you. 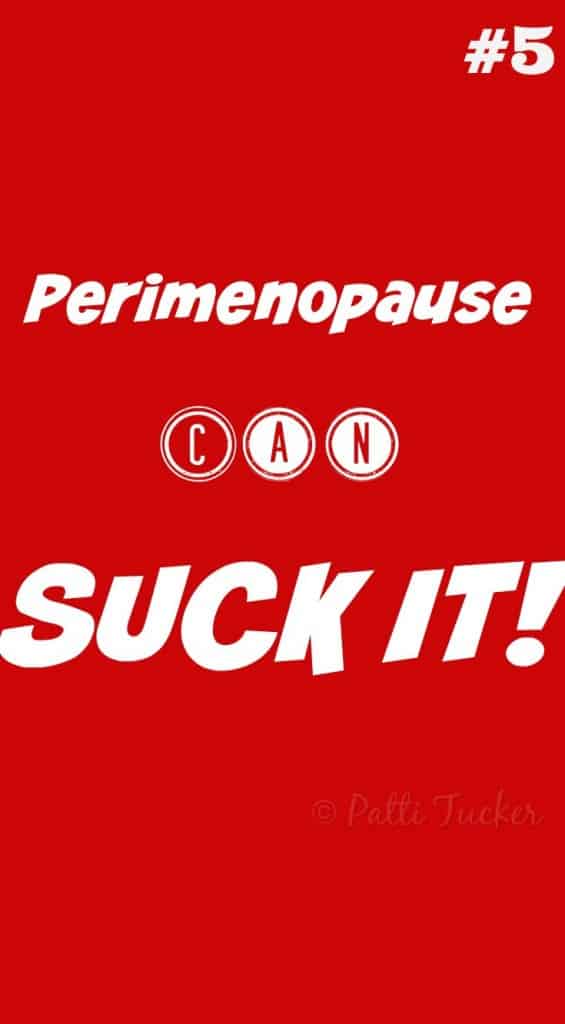 I just recovered from one of the absolute worst days I’ve had so far with the beast of biblical proportions known as perimenopause.

The mythical rage of hormones I have heard whispered about, yet have never experienced, dropped by for a smack down.

During visitation hours, all I wanted to do was beat the holy hell out of something/someone and then sleep it off, like a bad hangover.

Why do I feel so stinkin’ angry?

In one word: hormones swings.

Those wonderful magical hormones that started in our youth, that got us to and through puberty, those hormones.

I see you giving a Clint Eastwood squint – and rightly so; they are daring you to make their day.

Why you gotta turn on us, hormones?!

Cliffs Notes: it’s not you; it’s them.

What exactly is going on when this hormonal rage happens?

For those of you who haven’t experienced this perimenopause oldie but goodie, using the word “rage” isn’t hyperbole; it truly doesn’t adequately express the transformation to your body and psyche.

I know the following is politically incorrect and a tad shocking, but it’s hammer-to-the-nail truth: I wanted to break bones. Bust teeth. Kick in doors. Dare someone to get.in.my.way.

No one was more surprised than me (except maybe Garry).

WHAT THE HELL IS HAPPENING TO ME?

Me – the optimist and annoyingly happy/silly/laughy gurl.

What follows in maybe a little exaggerated. Maybe.

Garry finds me seething over, well, nothing much.

Turns out that perimenopausal rage is a thing.

Hormonal dips and imbalances are likely the culprit.

When you’re on a hormonal high, life is great.

When your hormones are exiting, stage right…

One minute the blue bird’s song is endearing, the next it’s so grating you’re looking for your shotgun.

Yeah, got that too.

You know the mommy-disaster-visions you are used to having? Get ready for that part of your brain to explode to scenarios that are Hollywood blockbuster worthy.

During perimenopause it’s the same, but waaay more twisted and D-R-A-M-A-T-I-C!

We’ve all had the child crashed in a ditch images when said child is late getting home.

This is your brain on perimenopause:

Child is late getting home by 10 minutes = they are dying in a ditch, bleeding out, all alone. The ditch is a living burning inferno and their souls are in danger of crisping around the edges and it’s all because you SUCKED as a mother. They’re screaming silent screams that only you can hear. They are BEGGING for you to come find them – SAVE THEM. All you can think about is every way you denied them. One more popsicle! That’s all they wanted. Would that have been so bad?!

Everything illogical, pressing and expanded. Everything hot, dire and life altering.

* Turns out if you suffer/suffered from bad PMS, the likelihood of you having postmenopausal rage is high.

Women get the short end of the hormone stick, to be sure.

Hang on, my babies.

* Did you experience postpartum depression?

Postpartum depression sucks in itself; it’s a horrible affliction.

Turns out that women who suffered with postpartum may have brains that are more sensitive to hormonal imbalances and therefore will get the double-whammy in perimenopause. 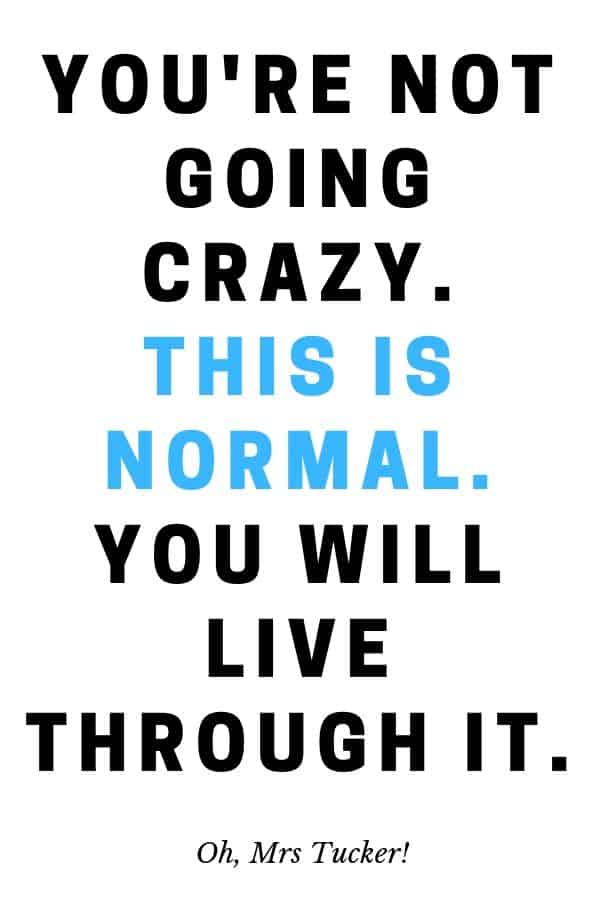 Two issues that also contribute to the rage are: perimenopause weight gain and then trying like hell to lose the extra pounds.

For years you’ve eaten the same diet. You know your limits. You know what will make you gain and what you can get away with.

A glass of champagne and some cake? Yes, please!

Overnight all of that familiar understanding with your body disappears.

You eat an apple and BAMMO! you’re five pounds heavier.

It focuses on how to lose weight (that you may gain) during perimenopause.

To Recap: You enter perimenopause. You start raging like an out of control wildfire and then on top of it all, you loss start packing on the unexpected pounds, eating basically the same foods, because your metabolism drops.

Seems so cruel, doesn’t it?

Basically, the hormones that have made me (and you) such a happy gal my whole life are now waning, or are disproportionate to the other hormones running roughshod throughout my veins.

It’s the beauty and the curse of womanhood.

All of this led me to the next question:

Is there a perimenopause treatment that works?

There are lots of solutions available to ease this transition, including exercise, good health habits (no smoking, less sugar and caffeine), drugs, creams, bio-identicals, alternative meds and plain old nutrition.

You’d do well to research the options you’re comfortable with, and even discuss with your doctor.

Be advised though: most docs are in the dark when it comes to treatment alternatives for perimenopause.

My experience was that their first line of action was hormone treatment, which I was having no part of.

This is not a judgement for those who want hormone replacement. Nope. No judgement.

It’s a very personal choice how you tackle this new frontier in your life.

No drugs, no creams, no antidepressants.

Just plain old digging in and moving through.

Maybe, with a knife between my teeth and a hand grenade on my belt, but plain old gutting it out.

God-willing, I’ll make it to the other side and one day laugh about it.

Remember that time I wanted to BEAT ALL THE THINGS TO DEATH?!  Oh, hahahahahaha!

Important Note on any perimenopause treatment you find or want to try:

You are the boss of you, which means you get to decide how perimenopause looks for you.

Each of us must educate ourselves and make decisions that are in our best interests.

While I have researched the dog out of perimenopause and have decided to ride out the storm sans drugs doesn’t mean that’s the right decision for you, nor should we judge each other for our decisions.

Let us band together, as the fierce women we are, and get to the other side of this bitch with our sanity and good humor…no matter what path we take. 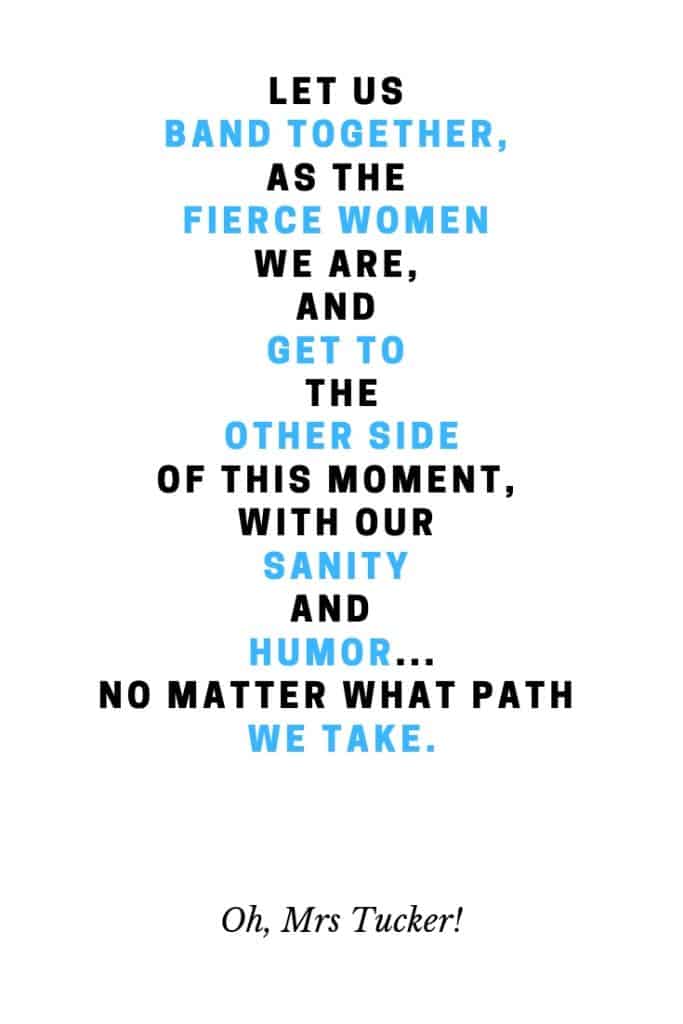 It made me think about my awful no good day from Husband’s perspective, because perimenopause rage towards husbands is a real thang.

I’m lucky; I married up.

Garry takes whatever comes our way in stride.

Even when his beloved turns into a squinty-eyed, pursed-lipped, hot mess of her former self.

The person he was having dinner with that one particular rage-y night certainly wasn’t the gal he had married.

The upshot to this is we talk about it openly.  There are no egg shells to be afraid of here.

Him: Having a bad day?

Both of us: Holy crap!

Me, the next day: ♫ sorry…love you!  smooch smooch kissy kiss ♫

I try like hell not to let the skewed emotions get the best of me and most days I succeed.

For the moments I don’t, when I fail to tame the perimenopause rage beast, we simply move on, knowing tomorrow will be better.

Husband is understanding and accepting that this is life right now. We’ll get through it like everything else that has come down the road.

Yet, the stats made me wonder if the divorce rate is higher in the 50-year-old and above category because people shy away from talking about the hard stuff.

I’m not saying there weren’t other problems in those marriages, or that we don’t live in a different time where divorces are easier, but if folks talked openly about how hard some days would be and no one took the extreme crankiness personally, would the rates be the same?

As with all things, perimenopause symptoms included, knowledge is power.

On that fateful day, when perimenopause is bursting through your door, raging up the joint, I’m hoping this little bit of info will help.

You will live through it.

Your Husband will take off his flak jacket one day.

Until then, man alive, hang on.  Let’s get through this thang.

Perimenopause can SUCK IT! 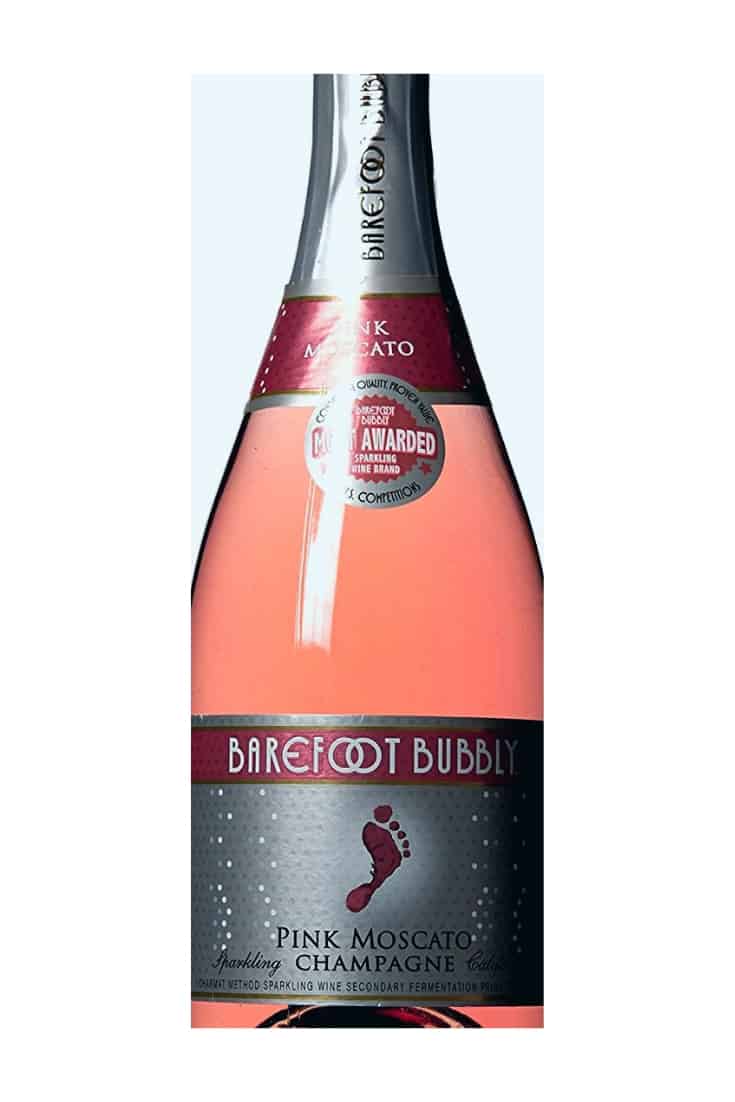 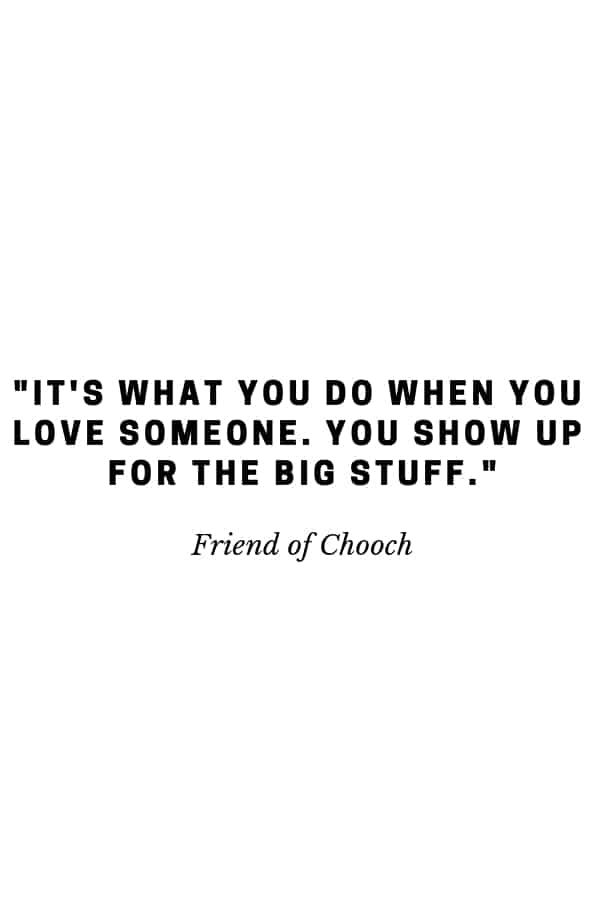 Next
How to Show Up For Life
Click here to cancel reply.

OMG, visiting from the Thursday Favorite Things party. While reading your fabulous post I roared, I laughed, I nodded, I remembered, and I'm grateful to have bid that bitch farewell. Now in my early 60's I promise the old you...no a better version of you...with a few extra rolls and all, will emerge but this new version no longer gives a shit and it's liberating! Hang in there :)

I LOVED reading this. I am all for liberation, baby! Thanks for popping in, Marie!

Yikes! Just about the time all my boys hit their teen years, I hit perimenopause. This could explain a few things going on.

Thank you for sharing! This is useful information. Perhaps you'd like to come share this at the Homestead Blog Hop--maybe other ladies could use this series. ridgehavenhomestead.com/category/homestead-blog-hop/ Every Wednesday thru Sunday if you're interested in sharing.

My primary perimenopause fun was hot flashes. As long as they happened mostly during the day, I could deal. When they started happening multiple times per night every night, HRT & I became fast friends. I couldn’t live like that and work. But I’m retired now and weaning off of them. The only thing I’ve experienced is an increase in anxiety. Not fun, but so far so good. I agree - this needs to be discussed openly.

Thanks for weighing in, Michelle.

I hear ya, Lauren.

We got a BedJet. It's stinkin' amazing! (we use the heat function in the winter - oh, momma!

Check it out HERE

Love the frankness of your posts; I just read the whole entire series! I wish more women talked as openly about what to expect because your posts were way more helpful than the book I checked out of the library.

"...your posts were way more helpful than the book I checked out of the library."

THIS is why I write about the stuff so many are hesitant to talk openly about.

You've made my month, knowing I've offered a bit of light.